I have nobody to blame but myself.

How did I get here?

I first started collecting music back in high school. Of course, back then, the state of the art was dragging a rock along a jagged groove and then amplifying the signal through loud speakers. But, while that might be the start of my collection, that isn’t the root cause of my chaos today.

No, that is caused by the advent of larger hard disks, MP3 codecs, and (nearly) effortless ripping from CD’s.

The purchase of an iBook, and a 5Gig original iPod in late 2001 began the zaniness in earnest.

It began slowly, as around this time I used Napster to find some music, but not nearly as crazy as some of my friends were. But the iPod and iMusic was when I began seriously ripping my CD collection.

Not all of them, as back then disk space was still somewhat tight, but that was the beginning.

Then came the ITMS, and buying digital music directly albeit at the time with DRM. My collection of non-physical media music took off.

Then came the other stores. Amazon struck first, launching a store where they sold tracks without DRM. Launched in 2007, I began buying from them (and their trailblazing lead to the Apple ITMS going DRM free as well).

And my music collection grew.

Google was late to the game, launching their music store in 2011, I of course went there as well to buy albums.

All three of these stores had strengths and weaknesses (ITMS had one annoying thing, they let artists withhold a track from an album, forcing users to buy all the tracks individually, something that pissed me off)

Throughout this time, I had also collected various out of print tracks from a variety of sources (ahem, cough cough) to fill out some gaps in my collection.

Fast forward to today, and I have some 25K tracks, many/most ripped from CD’s in iTunes, but a not insignificant number of tracks purchased from all three main music stores, as well as a few hundred tracks and albums from alternative sources, like Moonjune (great jazz/fusion artists including the incomparable Allan Holdsworth, may he RIP).

So, I have north of twenty five thousand tracks, many complete albums, but also partials, and collections, from a variety of sources and provenances.

In 2008 or 2009, with my ungainly collection in iTunes, I discovered an cool app that helped. It was called iTunes Tune Up. It was a program that would interface with iTunes via the applescript language, and it would clean up your tracks. Find missing meta data and tags, verify the song, and in general it would really clean up some messy bits. The 2.0 series of the program was incredible. When it went to 3.0, it added a capability to just fix your database. Based on the experience I had with the 2.x series, I turned it loose.

In short, it pretty much fucked my collection. Mixed album art, broken collections, mis categorized albums. And no way to go back.

Now, I mostly listen to my music via streaming. I have a paid Amazon and Apple Music account, and am happy with both. I have my library in iTunes Match (worth the $25 a year), so I have access to the not insignificant fraction of my collection that has never been re-released in digital form.

I am building a curated collection of all of my music on an external drive. I am about 15% done, but I have been fixing tags, categorization, and album art. I am using some cool products to help.

Top of the list is a handy little program called Meta. I tried half a dozen programs, and finally stumbled on this. After using it for a couple of days (I believe the full featured trial was 2 weeks) I pulled out my credit card and paid the man.

There is another program that I have been using on the Windows side for years, dbPowerAmp, for ripping music, since I listen to plenty of genre’s that have poor coverage in the digital markets, I use this to rip. It can do a much broader set of conversions than iTunes (which is pretty much limited to m4a). 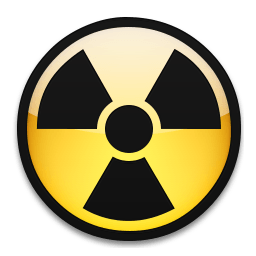 Last program, some of my collection is in flac format. I need to convert them to high quality MP3’s, and one program a bought a LONG time ago to make ringtones, from a company called Rogue Amoeba, called Fission does a great job of converting between different formats with great fidelity, and not losing the tags.

Slowly, but surely, I am fixing the damage done by the homeless abortion that was iTunes Tune-Up version 3. Fixing those gaffes as well as improving the quality of the data on my other sourced tunes. As I mentioned, I am about 15 – 20% complete, and a full weekend day gets me probably 5% closer to done.

Curating my music collection is a lot of work, and once I am complete with it, I will probably drop a copy on Amazon’s S3 storage for safe keeping, and universal access. But until then, I have a metric butt-load of work to do.