I can admit that there is something about scifi movies with Milla Jovovich kicking ass that I just enjoy watching. 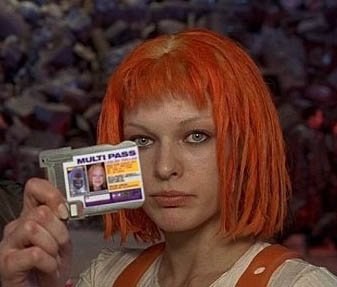 My first exposure was with the SciFi comedy “5th Element” a movie that I have watched probably 100 times, and to this day think is probably Luke Perry’s finest acting ever, it is a thoroughly enjoyable romp. Many memorable lines in the movie, starring Bruce Willis, Ian Holm, as well as Gary Oldman as the bad guy.

Who can forget the epic line: “Multipass”?  Geeks everywhere get the reference.

This catapulted her career as a kick-ass protagonist in the genre.

Following The Fifth Element comes the slick production of Ultraviolet, where she again just reigns supreme. The premise being: END_OF_DOCUMENT_TOKEN_TO_BE_REPLACED

My first introduction to Robert Ludlum's books was back in the 1990's. I was traveling a lot, and my girlfriend at the time tossed me a book she had finished, Ludlum's "The Bourne Identity)". Not my usual read (science fiction), but it was an absolute page turner.

I went on to read the rest of the Bourne trilogy, and a lot of the other works of Ludlum. Set in the cold war, most of the tales were of espionage, the craft, and the interplay between the east and the west. Gripping tales that didn't rely on gimmickry, or hokey plot twists. Solid tales.

Fabulous tales and entertaining reads in a way that Tom Clancy tries to achieve, but doesn't quite get there.

What prompted this bit o' nostalgia was watching the 2002 version of The Bourne Identity. The movie, starring Matt Damon, and Franka Potente is in every way as gripping and riveting as the original novel.

Naturally, the original novel, written in 1980, long before the internet, cell phones, and many of the accoutrements of modern society existed needed a bit of adjustment. And the producers did a fabulous job of adaptation, like due to the hand of Ludlum in the crafting of the screenplay, shortly before he passed.

Today, I am reading another Ludlum classic, "The Matarese Circle", a story of two top spies, manipulated into cooperating against all instincts by a common enemy. A fairly common theme, but the detail, the "dance" and the capitulation are 100% Ludlum magic.