One of the things about being old is reminiscing about the “good ol’ days”. Most people think about their athleticism, or past loves. Me, I remember my first computer. An Atari 800 8-bit system that I bought in 1980 with my paper route money.

I greatly enjoyed that experience. Of course, my first taste of personal computing was on the Apple ][ systems at Prospect High School, but they were far outside my budget (at the time, an Apple 2 with one disk drive, and a monochrome monitor was a smidgen over $2,000.)

The Atari, with a disk drive, and plugged into a TV was a good starting point. But I needed to begin collecting software. So, I got a modem, a Hayes 300 baud, the 850 interface box, and I was off to the races.

Fast Forward to the ’aughts

In the 1990’s, as I moved a bunch, all my old Atari gear was boxed up at my parents house, and at some point they needed the room, so I told them to dispose of it or donate it and thought nothing about it. 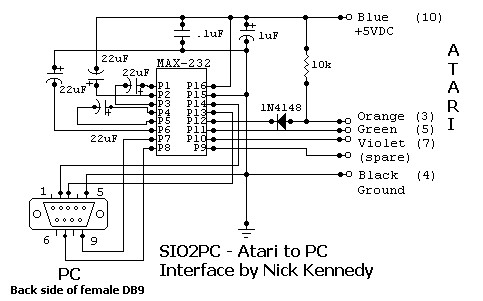 Then in 2007 or so, I got a hankering for that vintage computing experience. There were some emulators that worked, well, okay, but I really wanted that authentic experience. Fortunately, eBay is a great source for old gear, and for not too much money, I was able to pick up a 130XE system (that is a late model, with 128K of RAM), a floppy drive (and I of course added a Happy mod to it), and instead of using floppies, I discovered a little gadget called an SIO2PC that let my Windows PC serve up disk images.

I was in heaven. I was playing my old games, on vintage hardware (I never did find an original OS-B Atari 800 with the 2 cartridge ports that wasn’t insanely overpriced). Life was good.

Then I found another really cool bit o’ gear, the natural extension of the SIO2PC, replacing the tethered PC with a slick SD card interface, and suddenly, I could have thousands of disk images at my fingertips.

And when I bought this for I seem to recall $75.00, it included a DVD with literally thousands of programs, disk images, dos versions, cartridge images. The creator and vendor of this SIO2SD is a gentleman in Poland, who has continuously collected Atari programs, disk images, and the like, and voilá, I had far more than I could ever use. Including the ever so fun 5200 ports to the computer, a bunch of great games with the cheat hacks, and more.

A couple weeks ago, I got the nostalgia bug, and went looking for emulators for my latest Mac. The Atari800MacX program is excellent, but alas, it doesn’t have sound in the latest release of OS-X, in fact, just enabling it makes it crash.

I was hankering to play a couple of classics, M.U.L.E. and Spelunker, so I dug the ol’ 130XE out, dusted off my LCD TV with S-Video in, found my SIO2SD, and loaded the games up.

Ah, the good kind of flashbacks.

In the future, I will tell some tales about figuring out what programs aren’t compatible with the later systems (i.e. things that rely on older system roms) as that is a story in itself (and a great use for emulators).