Early on when I began to listen to streaming music, I got a Pandora account. Probably 2011 or 2012. At first, it was the only solution, and I listened, but I found that the depth of their catalog “felt” weak. Radio stations would repeat songs often, and it just fell off the radar.

Spotify, and then the Google / Apple offerings came along, and I was satisfied. So I seriously hadn’t even fired up Pandora in a long time. Like in two iPhone refreshes (that is 4 years). 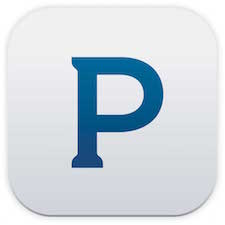 But, a few days ago, I was cleaning up my iPhone’s apps, and I saw that the Pandora app had just refreshed. I figured “what the f*ck” and fired it up.

Holy shit, the stations I had from the way back time rocked. The tunes they kept pulling up were awesome, and the perceived lack of depth to their catalog is no longer. Also, the frequency of advertisements on the free player seems to have gone down, nowhere near as obtrusive as they used to be (I remember being highly annoyed that after 3 – 4 songs, a dumb ad would play).

Perhaps the advent of the other streaming players brought into play a lot of artists and catalogs that weren’t available to license in 2012, or Pandora just got better at negotiating for rights. Regardless, Pandora is now much more than a contender.

I have signed up for the week trial of their service, and I can easily see that I might just pop for the $5 a month for their service.

It is a good time to be alive!